Okc best in the league.

I don't watch a lot of basketball these days but from what i've seen this is true.

cochese irrationally root for the bucks or go away 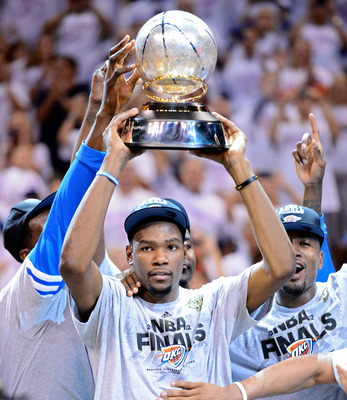 cochese irrationally root for the bucks or go away


Kobe and Lebron never quite did it for me

nobody in wisconsin cheers for the bucks because they don't win

winsonsinites are FICKLE. their team has to win for them to care

here in minnesota we root for the wolves no matter what.

nobody in wisconsin cheers for the bucks because they don't win

winsonsinites are FICKLE. their team has to win for them to care

You're a fucking idiot. ...no one cares about basketball because it sucks

everyone in WI (including myself) supported the Packers all those years when they were shitty...it doesn't matter how good they are(they just happen to be one of the best teams now days).....Lambeau sells and the whole state sports green and gold every Sunday no matter how the Packers are doing

once again...you're a fucking idiot

I respect Kevin Durant's game....end of story....i'm still not going to watch more than a couple regular season games a year

the NBA is not very interesting....last year's playoffs were more interesting than any season I remember in the recent past..that is the only reason I tuned in

Miami - Boston series was LEGENDARY but still even that wouldn't save the playoffs. the only other 7 game series that occurred was philly - Boston but that was a fucking shit show. if i recall correctly, both philly and boston shot under 40% in game 7 of that series. disgusting.

finals were done in 5 games

generally speaking, the NBA sucks now so who cares?

no, it's better than ever now that it seems like there's more parity in the league now

warriors killing it, blazers are a surprise team, rockets aren't doing bad despite how they gutted the team, the east isn't a joke anymore with the Nets and Knicks setpping up


we're on the cusp of a great season right now. it'll be amazing

rooting is a strong word....I won't be rooting for any NBA teams any time soon.

..only Kevin Durant because he is the total package..have even more respect for him after he said he models his game after Larry Bird haha

rooting is a strong word....I won't be rooting for any NBA teams any time soon.

..only Kevin Durant because he is the total package..have even more respect for him after he said he models his game after Larry Bird haha

kevin durant is a one dimensonal shooting scorer

if you want a larry bird 'total package' look at LeBron James. he passes like none other, rebounds like crazy, and can shoot/score like a monster. kevin durant is the total opposite of larry bird.

hell, kevin durant is nothing like we've seen before. tall big shooters are new in the NBA.

please TRY to know what you're talking about

kevin durant is critisized for not being the total package. he relies heavily on westbrook to drive his offense, often times westbrook will take MORE shots than durant.

damn you really get worked up about all this haha

there is a God

what does 'respecting' durant's game mean? can you elaborate on that? can you not use vague buzzwords? do you know anything about basketball? it's (sort of) okay if you want to ride the hip, non-miami bandwagon.
i mean i 'respect' any professional basketball player because they play basketball better than i can.

sorry, i have cochese on ignore, i missed the post in which he elaborated on that. it's because he 'models' his game after a white player? that's why you like him? is it because he plays basketball 'the right way'? can you elaborate on how their styles of play are similar cochese? or are you just drawn to that quote because larry bird is the hip alternative to all the popular black players of older eras?
i mean they're both lanky small forwards. that does about 90% of the work right there.

I like him, although I don't get to read most of his articles because I'm not gonna pay to go to espn.com which is far and away the ugliest website on the internet. Also, he's really funny looking. But I'm interested to see how successful he can be at using his stats to win games.

Obviously I know there are tons of people who are doing this already but I'm interested in the metrics that he personally decided to cover in his columns. Seemed pretty clever, but also not too terribly abstruse.

I also like how he seems to only trust the numbers so far - he makes sure to give his intuition its fair due. I like that in a numbers-guy who is playing an intrinsically unpredictable game.

hm that is interesting

Seriously doubt it. Lots of (if not all) teams are doing this already (Simmons is always talking about 'Geek Elvis' on the Rockets, and I think the Nuggs are doing this as well), and I don't think any of them have publicized the metrics that they track. It's a little like giving away your playbook - you just lose a lot of your competitive advantage by sharing your secrets.

Back to Drunkship of Lanterns